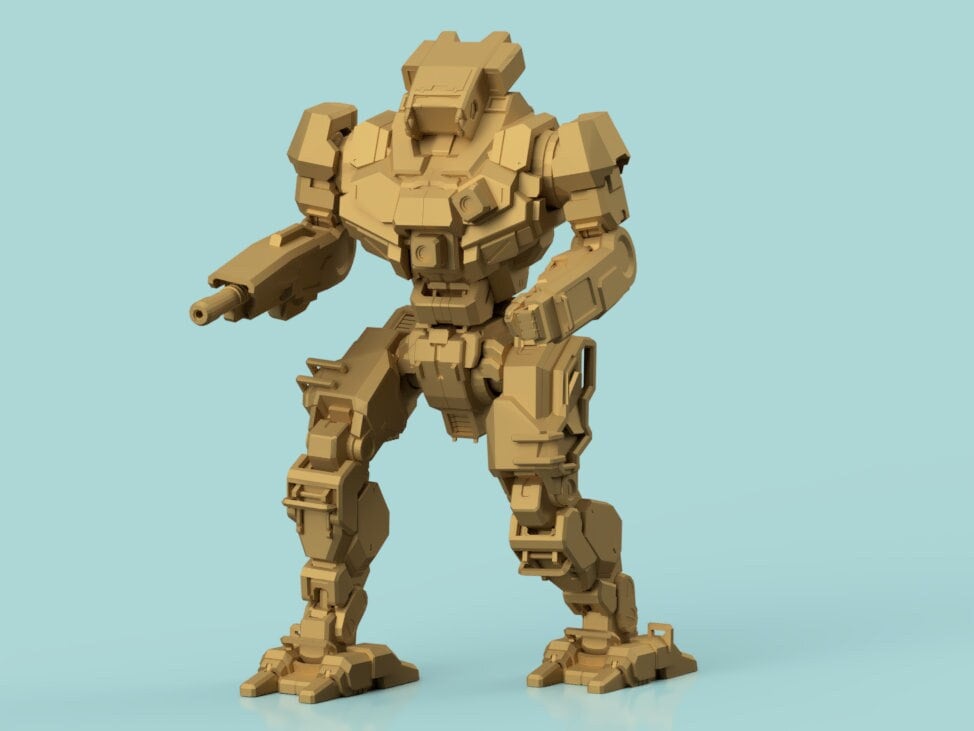 The Clint was first created in 2607 as a direct result of the Star League Armaments Act, a law meant to provide border areas with the latest in battlefield technology. The next version, CLNT-2-3T, was mass produced starting in 2608. The Clint was primarily designed as a cheap recon unit, with the capabilities of a well-armed, low-end medium weight 'Mech, and in this regard it served well. With a top speed of 97.2 km/h and a jumping capability of one hundred and eighty meters, the Clint can easily keep up with other recon elements and maneuver through mountainous or urban terrain. Its Sloan 220 Lockover T&T System in particular shines as it is simple to use and provides the pilot with excellent battlefield data. Although the 'Mech has limited ammunition reserves for its autocannon, the Sloane 220 ensures that whatever the Clint shoots at, it hits.

However the design's manufacturer, Andoran Industries, Limited, a minor BattleMech firm located on Bell, won the bid by undercutting its competitors using cost-cutting design features. Not only was the Clint built with shoddy parts which rarely lasted a year, but it also used very few standard components; modular parts which were easily exchanged between many different 'Mechs could not be used in the Clint without a great deal of modification. The machine became a technician's nightmare, taking longer to repair than comparable 'Mechs, and allowed Andoran to recoup the Clint's low sales price with a hefty service contract. Over three hundred Clints were produced before the Star League fell and Andoran's factories were destroyed during fighting between the Federated Suns and Capellan Confederation.

House Davion and House Liao took possession of the lion's share of remaining Clints and shipped them off to remote locations within their realms for defense purposes, though the Capellans still maintained several of the 'Mechs in front-line units. Nevertheless, the destruction of the Bell facilities destroyed not only the original Clint blueprints, effectively ending the production of new units and spare parts, but also records of the exact number of Clints produced and variants created. During the Succession Wars therefore Clints could be found throughout the Inner Sphere, proving quite popular in the Periphery, but the origins of many of these machines and whether their differing loadouts were official factory variations or simple field-refits remained unknown. In addition, the Clint's nonstandard components quickly went up in price - in particular the Gyro quickly became worth its weight in gold - and many were simply stripped for parts to repair damaged machines.

Despite the inherent maintenance difficulties in the design an estimated two hundred Clints remained in service up through the Clan Invasion, mostly in the hands of the Capellans or scattered along the Suns' border regions. The Confederation also introduced the 3U variant, which was quickly adopted by the Federated Commonwealth after the Bell Refit Yards were built upon the remains of the original factory complex. The design's blueprints eventually found their way to Defiance Industries of Furillo, which in 3055 began producing new Clints for the first time in centuries.