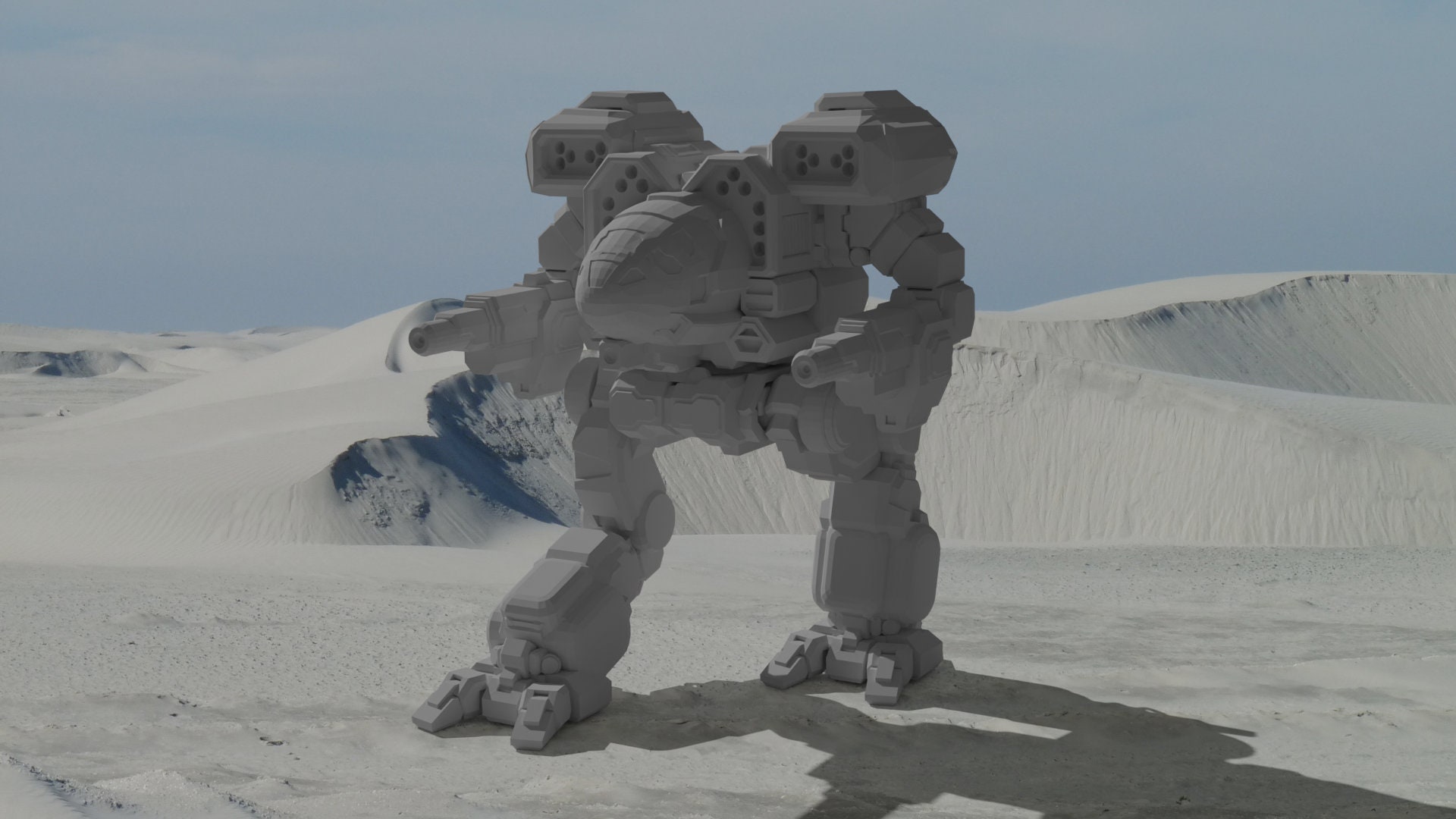 The Timber Wolf is a fast, heavy OmniMech. A signature design of the Clans' military might, it was arguably the first Clan OmniMech encountered by Inner Sphere forces (as opposed to periphery forces) on The Rock in 3049 by Phelan Kell.

Vaguely resembling a cross-over between the MAD (Marauder) and CAT (Catapult) series, the Timber Wolf was tagged with the Inner Sphere reporting name Mad Cat on first contact. (The targeting computer on Phelan Kell's Wolfhound switched between MAD and CAT when trying to identify it; upon analyzing the data recording from Kell's 'Mech, Precentor Martial Anastasius Focht later officially designated it "Mad Cat".

The Timber Wolf is vastly more powerful than either the Marauder or the Catapult. It uses its speed and firepower to engage an enemy at the range of its choosing. When first encountered by Inner Sphere forces the idea that a heavy 'Mech could move so swiftly while being as heavily armed and armored as the Timber Wolf was inconceivable. With its twelve tons of Ferro-Fibrous armor and arsenal that rivaled that of most assault 'Mechs of the era, it was completely alien to Inner Sphere military planners, commanders, and even the Precentor Martial of ComStar. Its technological secrets have since been reverse-engineered by the Inner Sphere.

Despite its prominence among the Wolves during the Clan Invasion, Refusal War and Word of Blake Jihad, the Timber Wolf became increasingly rare following the sundering of ties with the Homeworld Clans during the Wars of Reaving and Blakist scouring of Tamar. Being built by hand at W-7 plant on Weingarten as of 3080, with some parts even being individually machined due to missing data, attrition vastly outstripped supply as the Wolves looked toward other designs. When Alaric Ward forged the Wolf Empire, he left the W-7 facilities to Clan Hell's Horses and ordered the Kallon plant on Thermopolis be retooled for Timber Wolf production, restoring its position within the Wolves touman.

I'm thoroughly impressed with my TWF-D Timberwolf Alternate Configuration D for Battletech miniature. The print detail and quality are lovely, and is exactly as advertised.