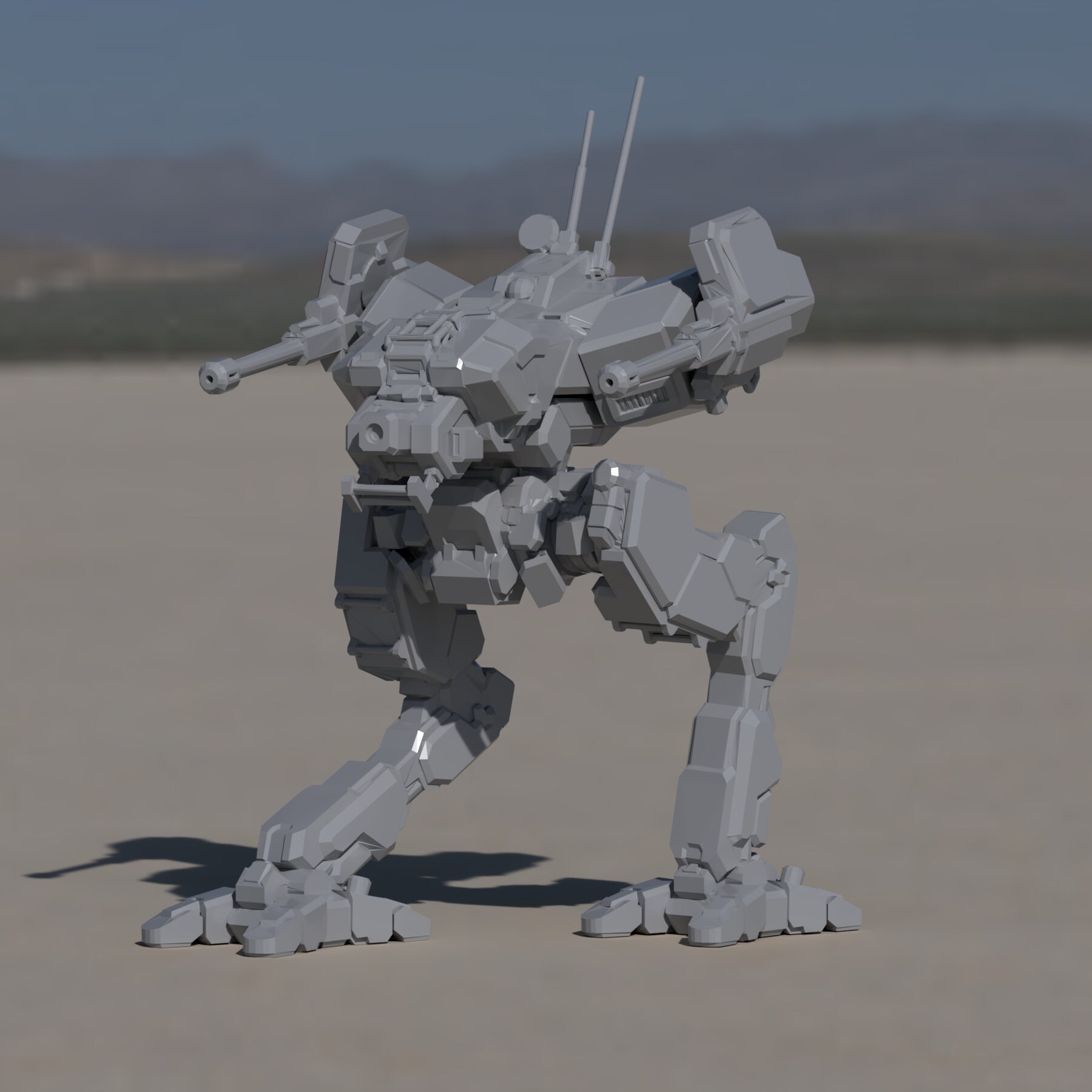 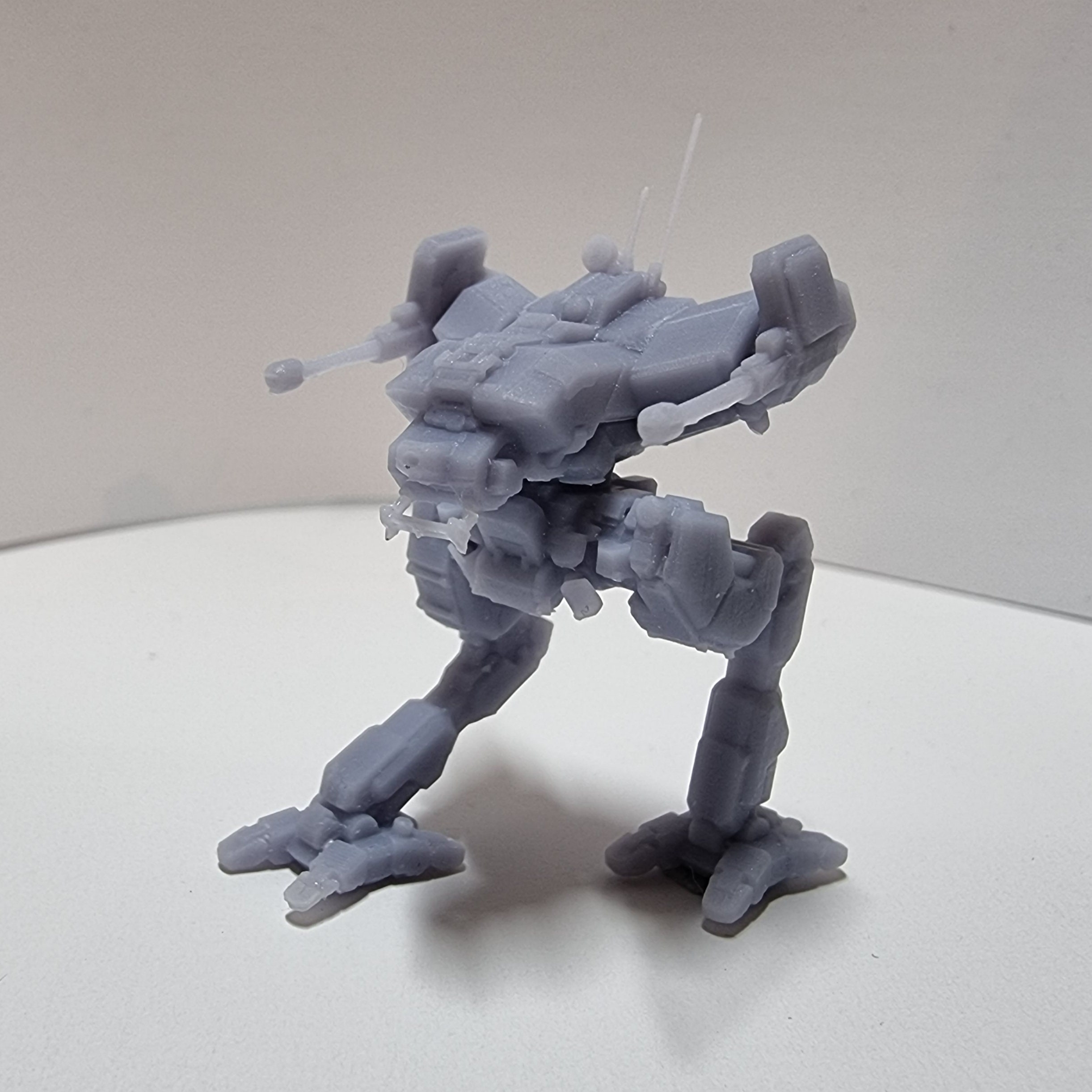 The Locust was one of the most common BattleMechs in existence, having been in continuous production since the design was first introduced by Bergan Industries in 2499. One of the smallest 'Mechs ever built, the Locust was designed exclusively for reconnaissance and quick strike missions, using its then-phenomenal speed to outrun most enemies. In a situation where it was unable to outrun its enemies, the 'Mech did have a light array of weapons with which to defend itself, but the Locust lacked the firepower or staying power to be a true front-line combatant and as a result few MechWarriors enjoyed piloting Locusts. Within its weight-class though the Locust was considered an excellent 'Mech, overshadowed as a scout only by designs which mounted jump jets. Often when a Locust engaged in combat it was as a holding action until reinforcements could arrive, although when operating in groups of three they could swarm lone enemy 'Mechs which became separated from friendly support.

Bergan Industries built Locusts from eight different factories and supplied the Star League and its member states right through to the Amaris Civil War. During the Succession Wars the number of manufacturers increased and the design was being built in nearly a dozen factories, including ones in the Periphery. Besides Bergan's Ares facility versions of the Locust were built on Furillo (Defiance Industries), New Avalon (Achernar BattleMechs), Stewart (Corean Enterprises), Gibson (Free Worlds Defense Industries), Alpheratz (Alliance Defenders Limited), Canopus IV (Majesty Metals and Manufacturing), Taurus (Taurus Territorial Industries) and MacLeod's Land (Pinard Protectorates Limited). The wide variety of manufacturers meant costs for producing the 'Mech were low and parts were widely available, leading to everyone from lowly pirates to corporate defense forces buying Locusts in large numbers. It also led to many different variants of the Locust, although those in the Periphery were largely limited to building the original LCT-1V model.

As the Succession Wars wound down those manufacturers within the Successor States began to experiment with new and rediscovered technology to build updated versions of the Locust. The Capellan Confederation in particular modified the Ares facility to build the LCT-1L variant of the Locust with a version of the Triple-Strength Myomer which wouldn't catch on fire. Other updated variants, including the LCT-3D, LCT-3M and LCT-3S were introduced just in time to take part in the Clan Invasion. After the war the Word of Blake approached Corean Enterprises about creating a new Locust variant for their militia, agreeing to buy the entire first production run to assuage the company's misgivings. The various Periphery powers, still largely reliant on the Locust, also began fielding updated variants of their own, although none of the Great Houses were much interested in revitalizing the line. Even into the thirty-second century though the Locust continues to be produced and used out in the Periphery.

Another good print from this vender. Second time purchasing with them. Well cleaned up. Good STL model. My only quibble here is that resin was a little delicate on the guns, so handle with more care than I can manage.