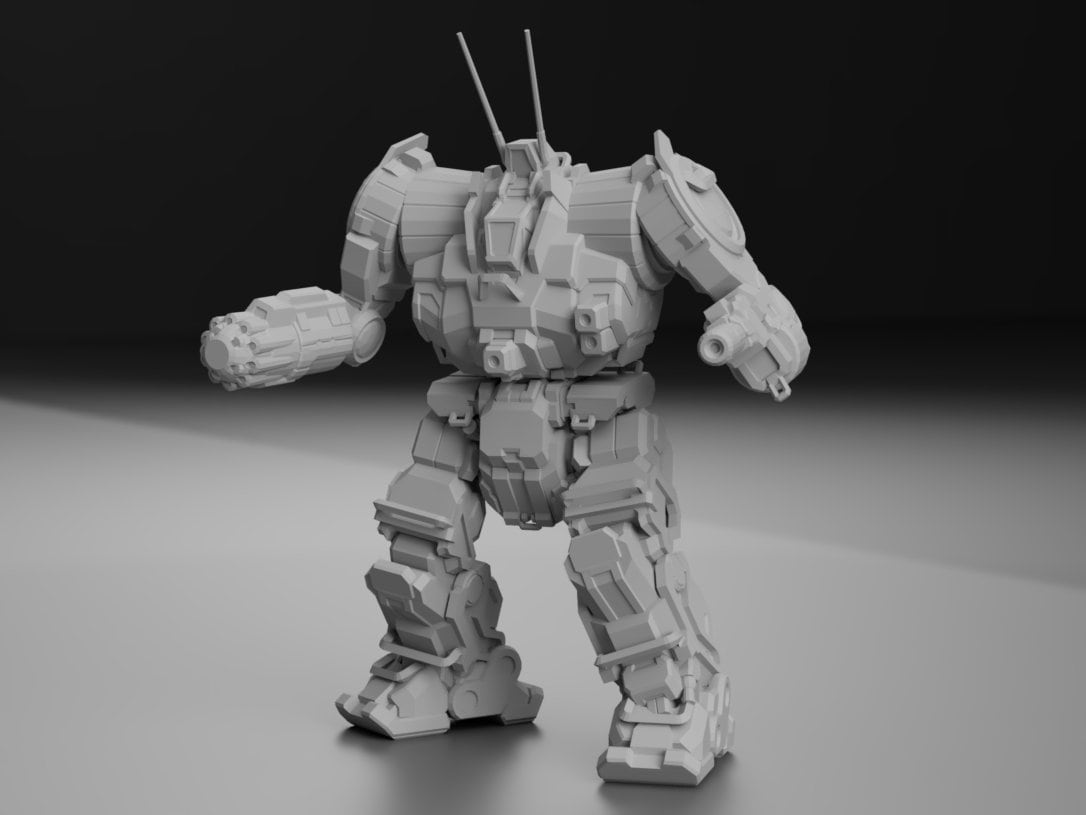 The Zeus was first built by the Lyran Commonwealth in 2787, just as the First Succession War began. Built at the request of Lyran Commonwealth Armed Forces commanders for a new light-assault 'Mech designed to engage the enemy at long range and perform hit-and-run attacks, the Zeus is fast enough to keep up with most heavy 'Mechs, and with a sturdy frame, eleven tons of armor and a versatile weapons array, is equally capable of defeating them. Its use of reliable, low-maintenance and easily-modified systems at a time when most 'Mechs were built with cutting-edge technology also proved fortuitous, allowing the Zeus to be produced long after those advanced components had become Lostech.

On the drawing board three years prior to its introduction, the first two prototypes of the Zeus would receive their first "test run" when they were forced to fight off an assault on the Hesperus II factory by the Draconis Combine Mustered Soldiery. As the enemy broke through Lyran lines, the two 'Mechs were called up to assist, and through sheer novelty and long-range firepower, forced the Kuritans to pause. This allowed additional reinforcements to push DCMS forces back. While successful in holding off the attack, these prototypes were noticeably more advanced than the production model and armed with a PPC, which proved erratic and unreliable during the battle. The cause of this behavior was later discovered to be insufficient shielding which created wild magnetic interactions between the weapon and the Zeus's engine. To ensure the Zeus was delivered to the front-lines quickly it was decided to replace the advanced energy weapon with the simpler autocannon.

The 'Mech would first appear in significant numbers when the 15th Lyran Guards recaptured the planet Sakhalin, and through the course of the Succession Wars the Zeus had a long and storied history within the Commonwealth, becoming a well-respected assault 'Mech. After the end of the Third Succession War advances had allowed engineers to mount a PPC on the Zeus again, with the resulting ZEU-6T model becoming the standard during the Fourth Succession War and later the War of 3039. The design also won high praise among mercenary units, none more so than Zeta Battalion of Wolf's Dragoons.

The Zeus would face resistance by some units of the former AFFS following the creation of the Federated Commonwealth, whose "Davion pride" prevented them from making use of the 'Mech despite its superiority to many of their own machines. Likewise as the FedCom military increasingly took on a Davion flavor many Lyran commanders were insistent that their pride and joy was too valuable to give up, and so prodded Defiance Industries to produce new models which made use of newly-recovered Star League Lostech. The debut of the ZEU-9S Zeus would see production of the previous variants discontinued and examples of this signature Lyran 'Mech shipped to all corners of the Commonwealth as a symbol of the new alliance. By the time of the FedCom Civil War though, the majority of Zeus 'Mechs were in Lyran hands, with many of those given to Davion units having been relegated to rear-guard duty or sold to mercenaries. New variants would continue to be produced for the LAAF and, following their capture of Hesperus II in 3070, the Word of Blake Militia.