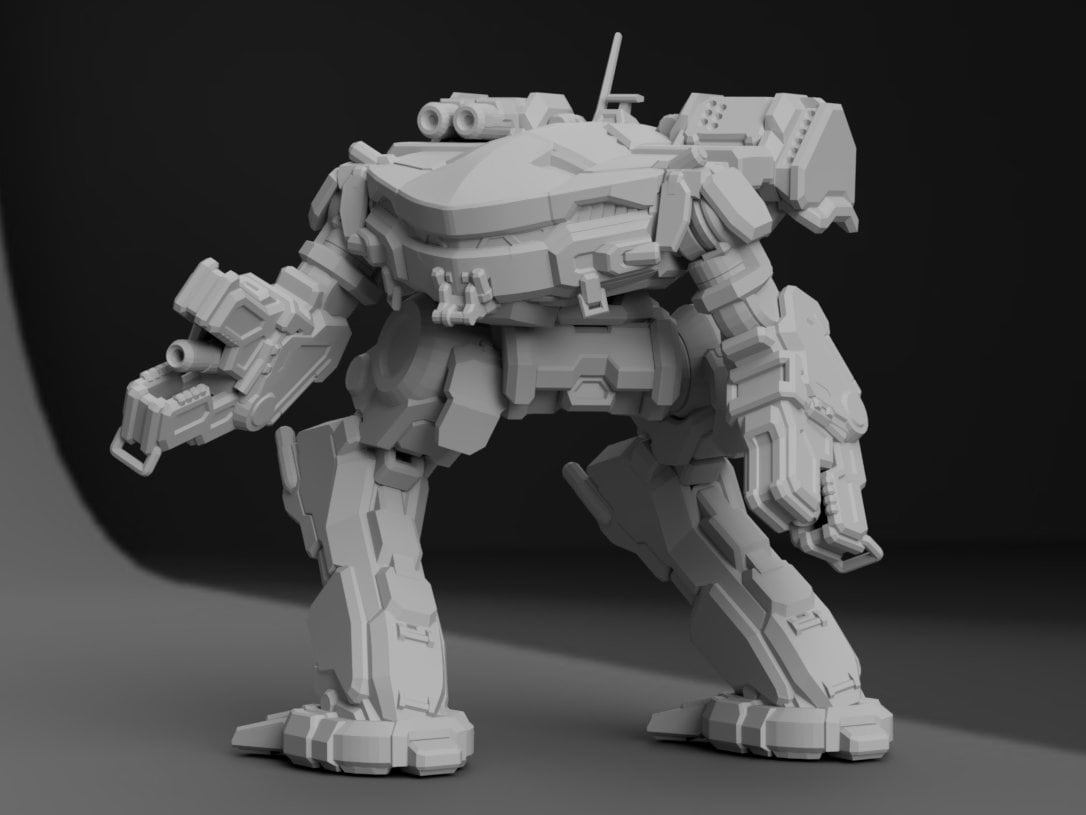 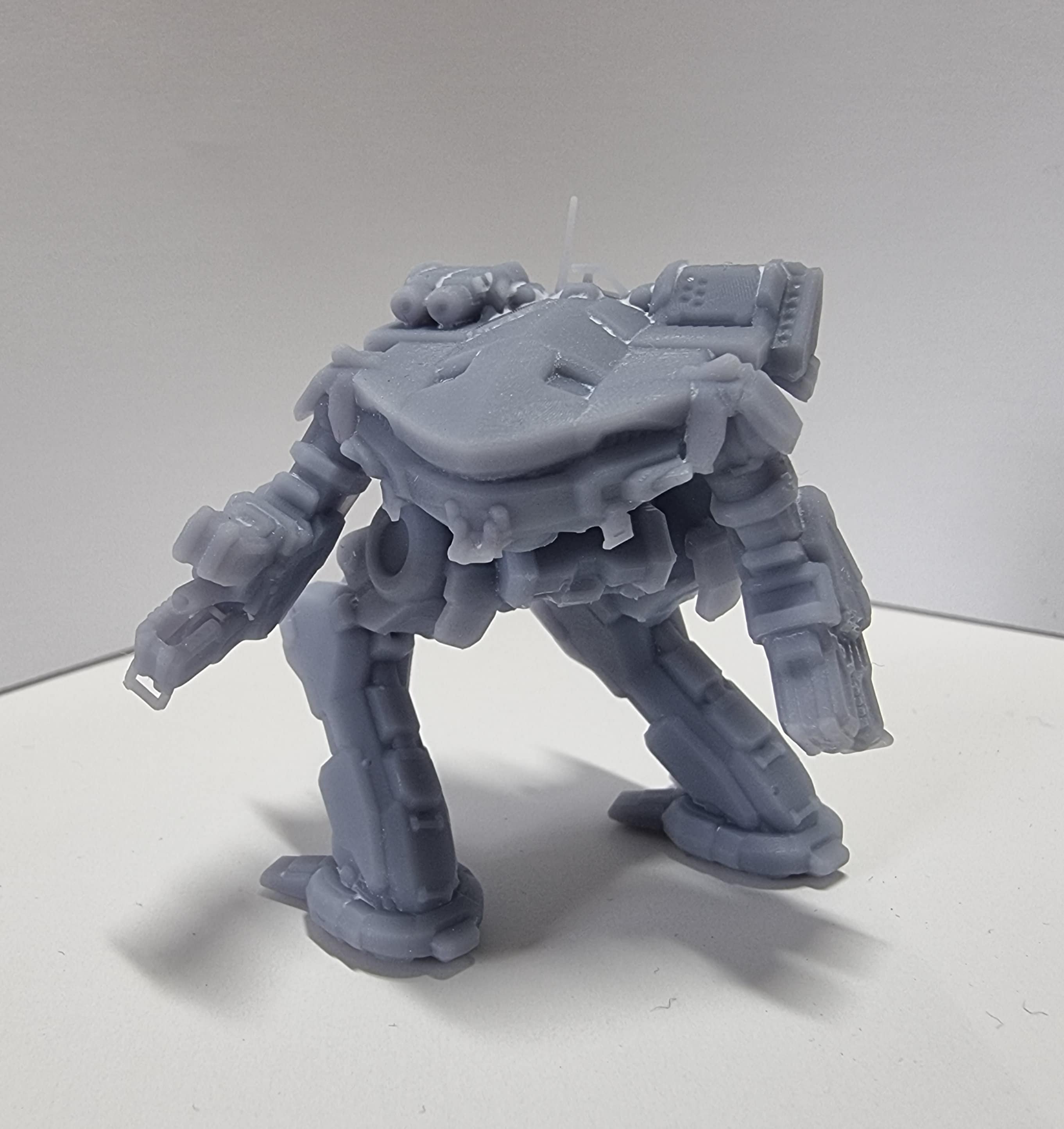 Designed by Cosara Weaponries in 2741 at the request of General Aleksandr Kerensky for an assault 'Mech that could "cripple or destroy another 'Mech in one salvo," the King Crab is one of the most fearsome BattleMechs to have ever existed. Its primary weapons, super-heavy autocannons mounted in its arms, can strip the armor off of any 'Mech in a few bursts. Its secondary weapons give the slow King Crab the firepower to see off attackers attempting to pick it off at range, and while not sporting the heaviest armor of any assault 'Mech, there are absolutely no weak points to its protection. If there is a drawback to the King Crab, it's the reliance on ammunition for the autocannons, an aspect to consider on extended campaigns with no guarantee of resupply. If it runs out of ammo, most King Crab pilots will withdraw from the field, making it vulnerable to enemy attacks. The only reliable way to destroy a King Crab is with overwhelming numbers of heavy and assault 'Mechs, and casualties will be suffered in the attempt.

While an excellent close-range combatant, the King Crab proved to be less versatile as a command vehicle, a role eventually filled by the Atlas. Later production models eventually had the state-of-the-art communications systems swapped out for common systems more suited for the brawling nature of the King Crab. At the start of the Amaris Civil War in 2767 Cosara's Mars factory was destroyed by Republican forces, although its factory on Northwind managed to escape unscathed. When General Kerensky and the majority of the Star League Defense Force left the Inner Sphere on their Exodus, they brought with them most of the initial production run of King Crabs, including all of the prototype KGC-010 models. The number of remaining King Crabs was further reduced when the Northwind factory was destroyed in 2786, one of the early casualties of the First Succession War. Since the design used few Lostech parts, it was easier to repair than other Star League era 'Mechs. Still, by the end of the Third Succession War a mere handful of King Crabs were still in active service with the Great Houses.

When ComStar initiated the takeover of the Terra system, they were able to repair the King Crab factory on Mars, mothball it, and secretly secure a number of King Crabs in storage. By the dawn of the Thirty-first century ComStar contracted Cosara Weaponries to resume production in order to restock their supply, which had begun to degrade with age and was later used to outfit the Com Guards. For the pivotal Battle of Tukayyid the King Crab was among a number of designs upgraded to meet the challenge of the Clans, the so-called "Clanbusters." The success of the KGC-001 model was such that ComStar allowed Corsara to begin general production from their Mars and Northwind factories and sell it on the open market in exchange for a share of the profits.

The Word of Blake brought about a radical shift in King Crab production, first by their own conquest of Terra, then a few years later when they blockaded Northwind, infiltrated and took over the factory in 3069. New variants of the King Crab were now being produced and shipped to the Word of Blake and its Protectorate, forcing ComStar to attempt something unusual for the once-secretive organization. They hired a small mercenary team specialized in corporate espionage and inserted them into the Northwind factory to steal the plans for these new 'Mechs. With the technical information in hand they then went to StarCorps Industries and offered them the chance to begin production of the new KGC-007 models. The company was thrilled at the prospect and accepted, building new King Crabs out of Son Hoa not just for ComStar but the Federated Suns and Lyran Alliance as well.

This was part of an order of 4. Original order misplaced by Courier. Great comms from Paul, who helped resolve the issue and replaced the models like for like. Hassle free and would very much recommend. I will certainly be buying from again!